Fort Lauderdale is a popular place for bike riding, especially near the beach. However, this city can also present some dangers for bicycle riders, as vehicle drivers don’t always pay sufficient attention to the road and end up causing serious car accidents involving bicycles. If you’ve been a victim of a bicycle accident in or around Fort Lauderdale, Delray Beach, Boynton Beach, or surrounding areas, it’s a good idea to get legal advice from a local law firm.

At Milano Legal Group, PLLC, our bicycle accident lawyers can help you seek the compensation you deserve after a bike accident caused you serious injury and property damage. Over the years, our legal team has assisted many injured bicyclists in getting the damages they’re entitled to from negligent drivers and their insurance companies. Come to our Florida law office for a free consultation to learn more about how we can help after a bicycle accident.

What Are Some Common Causes Behind Bicycle Collisions?

Bicycle accidents can occur for a variety of reasons, and they mostly involve mistakes made by vehicle drivers. The following are some of the most common errors drivers make that lead to serious and even deadly bicycle crashes:

Distracted driving: Many bicycle accidents occur because the vehicle driver was not paying attention to the road, as they were looking away for a few seconds to text on their phone, make a phone call, or eat. This can cause them to swerve out of their lane and into the bike lane, which can cause traffic fatalities for bike riders.

Speeding: Drivers who go over the speed limit often have trouble stopping in time to avoid hitting bicyclists who are sharing the road with them, leaving bicyclists seriously or fatally injured.

Failing to yield: Drivers don’t always know or follow traffic laws involving bicyclists, so they cause devastating bicycle crashes that result in severe injuries or death. For example, they might fail to yield to an oncoming bike rider when they turn at an intersection.

Failing to see bicyclists: In some cases, drivers aren’t distracted by anything in particular as they operate their vehicle, yet they still don’t see bike riders on the road. This may be due to inclement weather, such as rain, snow, or fog, making it difficult to see bicycles. This can also happen when bicyclists ride at night without lights or reflective clothing. In addition, while at a stop sign or exiting an alley or parking lot, some drivers don’t stop and look long enough to notice bicyclists approaching.

Dooring: Some drivers accidentally open their car door into the path of a bike rider, causing serious injuries.
Impaired driving: Among the most common reasons for bicycle accident fatalities is impaired driving on the part of the motor vehicle driver. Drunk or drugged drivers often don’t see bike riders until it’s too late, especially when they’re driving too fast to be able to stop before hitting them.

Road hazards: Some bike paths are not as clear and well maintained as they should be. When there are potholes, grates, ruts, or debris in the bike lane, riders may have to swerve or risk running over items that can throw them off their bicycle.

Who May Be Liable for a Bicycle Accident?

As you start recovering from your injuries, you may be wondering who should pay for your medical bills, lost wages, and the cost of a new bicycle. The answer is that it depends on the circumstances of the accident. First, if you have car insurance, the personal injury protection (PIP) portion of your policy will pay for most of your medical bills and lost income.

If you don’t have car insurance, then your health coverage will pay for your medical bills. If you don’t have health insurance, or if your medical treatment costs more than your maximum coverage, the at-fault party’s car insurance company will be liable for your expenses. Your bicycle accident attorney will help you pursue compensation from them or file a lawsuit against the at-fault party when necessary.

If you’re not sure who is liable for the bicycle crash, consider that in most bicycle accident cases that involve a vehicle, the driver is typically at fault. However, sometimes additional people are found to have contributed to the crash, so you can pursue damages from them, as well. This will depend on what your lawyer’s investigation discovers after the crash.

For instance, if a negligent driver was driving for work, their employer may be partially liable for any serious and catastrophic injuries you suffered as a result of the accident. If the driver was operating someone else’s car, the owner of the car could be held responsible for the accident, as well.

If the collision was caused by a vehicle defect, the motor vehicle manufacturer could be liable for the crash. In cases where the crash was caused by a road hazard, the government agency that’s supposed to maintain the roads may have to compensate you since their negligence led to an injured cyclist. Finally, if the driver was under 21 years old and impaired, the restaurant or bar that served them alcohol could be considered responsible under the state’s dram shop law.

After the crash, your bicycle accident attorney will go over the details of the collision to determine who could be held liable. At that point, you and your lawyer can work together to pursue damages from the insurance company of the at-fault party when possible. If you want to learn more, come to Milano Legal Group, PLLC for a free consultation during which our personal injury lawyers will take a thorough look at your Florida bicycle accident case.

Is a Bicyclist Ever the At-Fault Party?

While most bike accidents tend to be caused by negligent drivers, sometimes they’re at least partially caused by bicyclists themselves. This is because they’re expected to obey traffic laws for their own safety. So if you suffered injuries partly as a result of your own actions while riding a bike, your compensation may be reduced by the amount of blame you’re given during the investigation. For instance, if you’re found to be 20 percent at fault for the bicycle accident, your settlement may be reduced by 20 percent.

Despite drivers of motor vehicles typically being to blame for most bike accidents, you may be able to protect yourself and decrease your chance of being involved in a crash by taking a few precautions. First, make sure you follow the laws for bike riders in your area, which means you should know when you have the right of way and how to signal to drivers on the road. You should also try to ride in dedicated bike lanes whenever possible or on sidewalks when that’s the safest option, as this is legal in Florida.

Additionally, make sure you use the proper safety gear, such as reflective clothing, gloves, and helmets. This can protect you from the most serious or even fatal injuries, such as traumatic brain injury. Another bicycle safety tip is to ensure your bike is always well maintained, with brakes that work and tires that are properly inflated.

If you’ve done your part by wearing the right safety gear and paying attention while riding, but you were still injured by a vehicle, you should talk to a bicycle accident lawyer to start working toward a fair settlement. When you get on the path to getting money for your medical costs, lost wages, property damage, disfigurement, and pain and suffering, you can truly start healing from your bike crash. Come to our law firm for a free case evaluation today.

How Can a Bicycle Accident Lawyer Help After a Crash?

Bicycle accident victims deserve the legal guidance that only experienced personal injury lawyers can provide. After all, when you’re healing from road rash, broken bones, and other painful wounds, you don’t exactly want to have to contact insurance companies on your own. It can take a lot of time and effort to collect evidence for your bicycle accident case, so it’s better to leave this to a trusted law firm in Florida.

At Milano Legal Group, PLLC, we can offer you a free case evaluation to start discussing the details of your bike accident. Once you’ve given us a description of what happened, we will start gathering the evidence we need for personal injury claims like yours. This might include police reports, photos and videos of the bike accident scene, and medical records. As we work toward a settlement for your case, you can relax and take all the time you need to heal from your wounds as an injured bicyclist.

At our Florida law firm, we believe everyone should have access to a Fort Lauderdale personal injury attorney they can count on for legal assistance. This includes everything from help filing a claim with insurance to litigation in the courtroom when necessary. If you want to learn more about how we can help you, contact us at 855-545-1777 for a free legal consultation today. 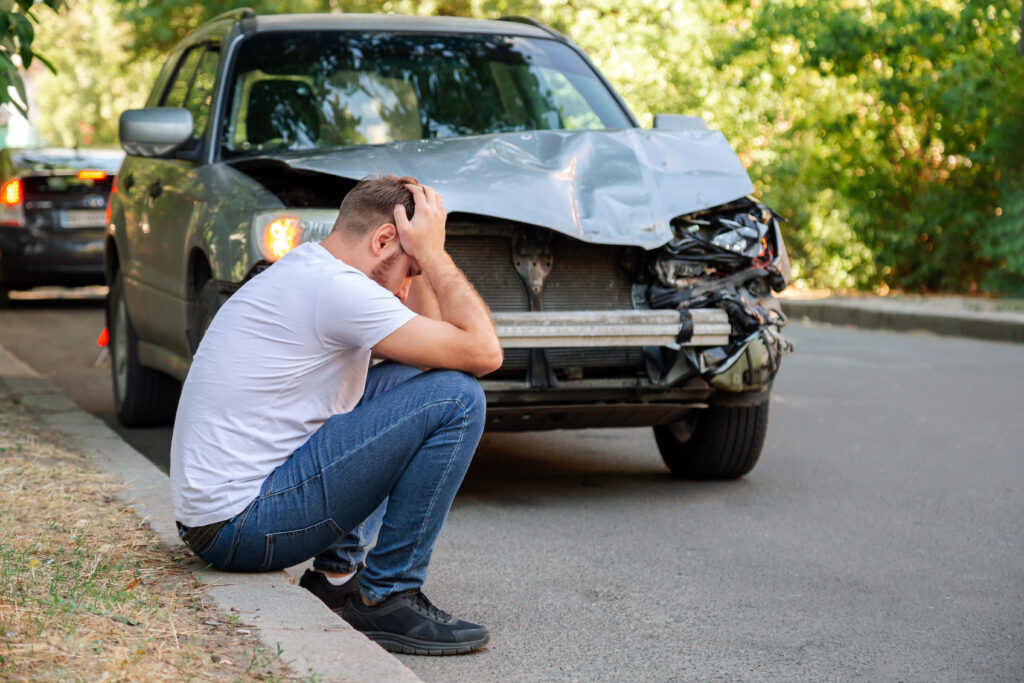 The settlement was more than we expected
"We just finished our process with the Milano Legal Team. I want to stress the word TEAM. Our experienc(...)

"Anthony is an amazing personal injury lawyer. He takes the time to make sure each and every one(...)