How Is Pain And Suffering Calculated In Texas?

How is Pain and Suffering Calculated in Texas: An Overview

Insurance companies typically use claims software to calculate pain and suffering. On the other hand, a jury does not use any special formulas, but only their own best judgment based on the evidence presented to them.

However, keep in mind that there are many steps that are required before you go to court for a trial.  Many personal injury cases settle even before a lawsuit is filed and most settle before trial.  Before a trial you may be negotiating with the insurance company to reach a reasonable settlement amount.

Before we can get into calculating pain and suffering, we need to learn some key legal concepts.  In any personal injury case based in “negligence,” you need to prove “damages.”  “Damages” are the actual harm or injury as a result of the responsible party’s carelessness.

These are not presumed in cases where you are claiming someone else’s negligence caused your injuries.  You need to prove them with evidence, such as with medical bills.  “Compensatory damages” are those that are meant to compensate you for your losses, intending to place you back where you were prior to the accident.  In Texas, there are two types of compensatory damages: Special Damages (economic damages) and General Damages (non-economic damages).

What Are Special Damages?

Special damages, also known as economic damages, are those that can be easily quantifiable.  These damages can be proven by medical bills, pay-stubs, or some other evidence showing out-of-pocket expenses that flowed from the injury.

These damages are intended to compensate the claimant for monetary losses that were suffered.  Special damages include past and future medical expenses, past lost wages, and future loss of earnings.

What Are General Damages?

General damages are damages that are not so easy to quantify.  They are also meant to compensate the claimant for losses, but for those that are not quantified specifically in a dollar value.  Texas Civil Practice and Remedies Code Section 41.001(12) specifically lists what are considered general damages, including:

What is “Pain & Suffering”?

Pain and suffering strictly concerns the actual physical pain that an injured party feels from a physical injury.  Although pain and suffering and mental or emotional pain or anguish are two distinct types of damages, they are often lumped together when submitted to the jury.

As you guessed, quantifying someone’s pain in dollars is difficult.  Texas courts have stated that there is no definite way to measure pain and suffering in terms of money but that the jury should arrive at some fair compensation based on its “common knowledge and sense of justice.” Hernandez v. Baucum, 344 S.W.2d 498, 500 (Tex. Civ. App. 1961).  Below, we will discuss how pain and suffering are calculated both pre-trial and during trial.

Before a trial, either before or after a lawsuit is filed, you will be negotiating your case with the insurance company.  The claims adjuster will be valuing your case based on a variety of factors.

Typically, these soft-tissue injury cases are handled by low-level adjusters and these adjusters are prohibited from offering anything outside the claims software settlement range, unless you can present “new” information to them. Insurance companies use this software at a varying degree with some heavily relying on the settlement ranges that are provided, such as Allstate.  With more serious injuries, the reliance on this software is not as significant.

In many cases, the insurance company will offer a nominal amount, such as $2,500 to $5,000, on top of the total special damages (e.g., medical expenses and lost wages) to settle a soft tissue injury case.  More serious injuries such as herniated discs with nerve impingement and radicular symptoms will provide more substantial pain and suffering compensation, as will those cases with fractures and broken bones.

In addition, medical bills are typically audited by the insurance company using software such as Mitchell Decision Point or using an arbitrary factor, such as two times the Medicare rate.  With chopping your outstanding medical expenses and placing only a minimum value on general damages, the insurance company has effectively undervalued your injury claim.

The bottom line is the use of claims software severely undervalues injury claims.  They do not accurately assess how much a judge or jury would award for pain and suffering in a case.  You can see below in the verdict examples that the insurance companies overwhelmingly offer well below what a jury ultimately awards.

For reference, the following is a list of insurance companies that use Colossus, Mitchell Claim IQ, and Claims Outcome Advisor.

During trial, evidence is presented by the plaintiff’s attorney to the judge and jury. The question is then presented to the jury to assign a sum of money that would fairly and reasonably compensate the plaintiff for the physical pain and mental anguish sustained in the past and future.

The jury uses their best judgment based on the evidence presented to them throughout the trial.  They will evaluate the testimony of the plaintiff and other witnesses testifying as to their pain and suffering; medical records highlighting pain symptoms relayed to the healthcare providers; diagnostic testing such as an MRI, demonstrating an objective injury; and any other evidence that would substantiate the plaintiff’s pain and suffering claim.

The more severe your injury, the more pain and suffering compensation you will likely receive.  The fact is, insurance companies and juries alike will almost always award more for a broken bone than whiplash.

Just as the more severe your injury is, the more your pain and suffering compensation you will likely receive, the same is true for the permanency of your injury.  Injuries that heal within weeks are not worth as much as those injuries that may take months, years, or may never completely heal.

However, keep in mind that testimony of only subjective complaints based on the plaintiff’s personal reports of pain to doctors, supervisors, and family members alone may not be enough.

4. Proof Of An Objective Injury

Proof of an objective injury (e.g., broken bones, herniated disc), measured by diagnostic testing, such as X-rays, CAT scans, or MRIs, is crucial in any personal injury case and will most likely increase your pain and suffering compensation.  Photographs of scars, cuts, bruises, orthopedic devices, or surgical hardware (e.g., screws, plates, pins) will also provide proof that an objective injury exists.

Cases where the claimant immediately goes to the hospital after the accident are usually worth more overall.  The closer in time to the injury and the medical treatment, the better.

Although you may have no say how your medical records are drafted and compiled, you can still have an impact on what is written in them.  Be as specific and candid as possible in describing your injuries to your doctor.  Don’t hold back.

How Do I Prove I Have Pain & Suffering in Court?

Texas courts have said that the plaintiff may prove his pain and suffering by his testimony describing the symptoms and showing his injury to the jury. Loughry v. Hodges, 215 S.W.2d 669, 674 (Tex. Civ. App.­ Fort Worth 1948, writ ref’d n.r.e.).

Testimony of those close to the plaintiff may also assist in proving pain and suffering.  This may include testimony from family, friends, neighbors, co-workers, or supervisors.  In addition, photos of the injury or demonstrative evidence such as orthopedic devices (e.g., neck braces), or surgical hardware (e.g., screws, plates, pins) may be shown to the jury.

It should be noted that without objective evidence of pain (e.g., MRI demonstrating nerve impingement), there is a chance a plaintiff may get nothing for pain and suffering from the jury.  According to the court in Hernandez v. Baucum, a jury may award zero damages when the pain is almost entirely subjective, based on the plaintiff’s personal reports of pain to doctors, supervisors and family members.  This is why it’s important to have additional evidence of pain.

Throughout your search online you will most likely find two common and flawed ways pain and suffering may be calculated: the “Multiplier” and the “Per Diem” methods.

The Multiplier Method calculates pain and suffering by multiplying the injured party’s total medical bills and lost wages, also known as “Special Damages,” by some multiplier, such as 1.5 – 5. With 1.5 being the least minor injury and 5 being the most severe injury. This figure is then added to the Special Damages total.

The Per Diem method is another method used to calculate pain and suffering in a car accident injury settlement.  The number of months, days, or hours are multiplied by a certain dollar figure that is either equal to the amount of pay the injured party receives in their job for that specific time period or some other arbitrary number.

For example, if Paula Plaintiff suffered pain for 200 days from the accident and made $200 per day as a construction worker, the pain and suffering calculation would equal $40,000.  The idea behind using a daily salary rate calculation as the daily rate of pain and suffering is that it could be thought that the pain associated with an injury is comparable to the effort of working a job.

Although the Texas court in Hernandez v. Baucum, 344 S.W.2d 498, 500 (Tex. Civ. App. 1961) ruled that it was a “fair argument and a rational approach for pain the way it was endured, month by month, and year by year,” in proposing a pain and suffering calculation to the jury at trial, it is not an accurate estimate of what the value of pain and suffering will be assigned in a car accident settlement.

The large misconception about these two methods is that insurance companies and juries actually use them to calculate pain and suffering.  They simply do not.

As mentioned above, if a case goes to a jury trial, juries are instructed to assign a sum of money that would fairly and reasonably compensate the plaintiff for the physical pain and mental anguish sustained in the past and future.  Juries use their best judgment based on the evidence presented to them throughout the trial.

The pain and suffering settlement examples below are from real Texas cases that were settled after a lawsuit was filed but before a jury gave its verdict.  In most of these cases, an allocation of what was given for pain and suffering was not provided.  However, we can assume that any amount paid above “special damages” (i.e., medical expenses and lost wages) is compensation given for non-economic damages, encompassing past and future pain and suffering.

The following are several real Texas motor vehicle accident jury verdicts from all over Texas.  In each of these cases the jury provided a breakdown of how much they awarded for past and future pain and suffering, as well as other damages.  This will provide some insight as to how much juries award in pain and suffering compensation at trial.

While you focus on getting your life back together, we will deal with the insurance adjusters, coordinate your auto repairs, get you a rental car, and get you a top-dollar settlement. Our Houston car accident lawyers are available 24/7. Call us at (713) 489-4270. 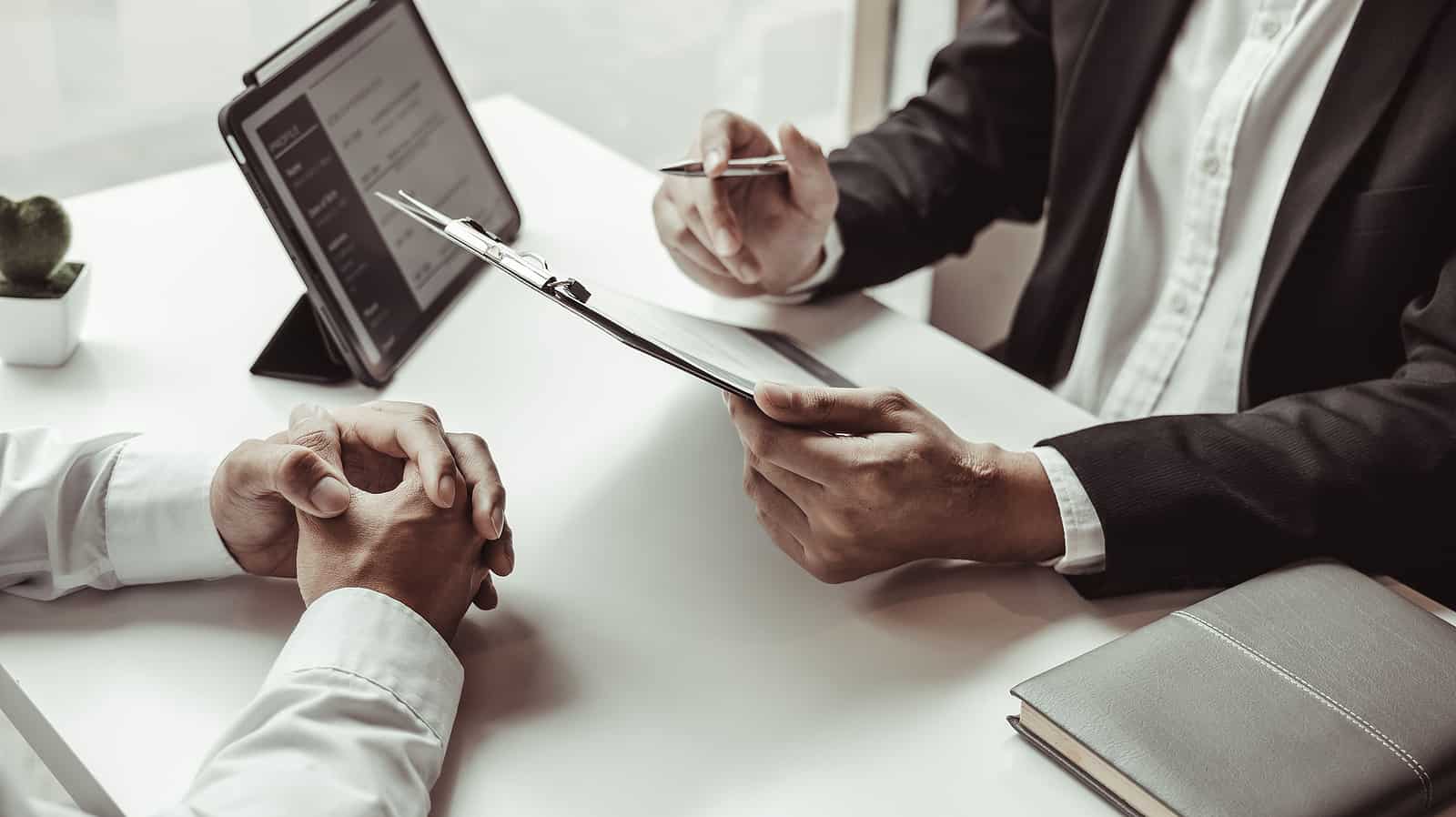 What’s the Difference Between a Litigator and Trial Attorney?

What To Do After A Car Accident?

What To Do After A Hit-and-Run?